Frauenkopf [Head of a Woman].

A brilliant impression in very fine condition, a faint light stain, otherwise essentially as it came from the artist. With very large margins. The deckle edges of the sheet indicate that the sheet is in its original size.  Extremely rare.

One of the principal figures of German Expressionism, Schmidt-Rottluff founded in 1905, together with his friends, Ernst-Ludwig Kirchner and Erich Heckel, the artistic movement which they called Die Brücke [The Bridge], whose aim was to sever connections with the traditional art of the past. In these aims the group found kindred spirits in the French Les Fauves [The Wild Beasts] whose flat planes of color and brutal dissonances of form and color were taken up by the members of Die Brücke.

Although the Brücke artists did not remain together for long – by 1913 their association was for all intents and purposes over – their efforts in combination and as individual artists created a new kind of art which even in the face of middle-class hostility had influential proponents. Like Les Fauves in France a few years earlier, the Expressionists represented a bold break with traditional forms and traditional artistic decorum; even in the face of conservative hostility their art had influential proponents. When the Nazis came to power in 1933, the Expressionists were ridiculed and then banned; the now infamous Entartete Kunst [Degenerate Art] exhibition in 1937 attempted to contrast their art with ‘healthy’ German art, but to the authorities dismay the crowds who flocked to the exhibition were unmoved by Nazi attempts to defame the Expressionists. In the same year the Nazis began what amounted to a wholesale confiscation of these works in German museums.

Schmidt-Rottluff was a prime mover in the rediscovery of the artistic potential of the woodcut. No doubt influenced by the woodcuts of Gauguin, who himself had only died in 1903, Schmidt-Rottluff had begun to make his own woodcuts by 1909. They took the simplification of form already visible in Gauguin’s examples even further.

The jagged linear energy of Schmidt-Rottluff’s woodcuts had yet another important source: the esthetic discovery of tribal sculpture of Africa. By the end of the 19th century the European colonization of the continent had occasioned an ethnographic interest in this material; by the first years of the new century artists and collectors began to appreciate the immediacy and talismanic force of this sculpture and Schmidt-Rottluff was eager to incorporate these forms into his woodcuts. In fact, it can be no accident that it was African wood sculpture that impelled the artist to use wood blocks as his chosen matrix, as he often used the wood grain of his blocks as an element in the design of the woodcuts. 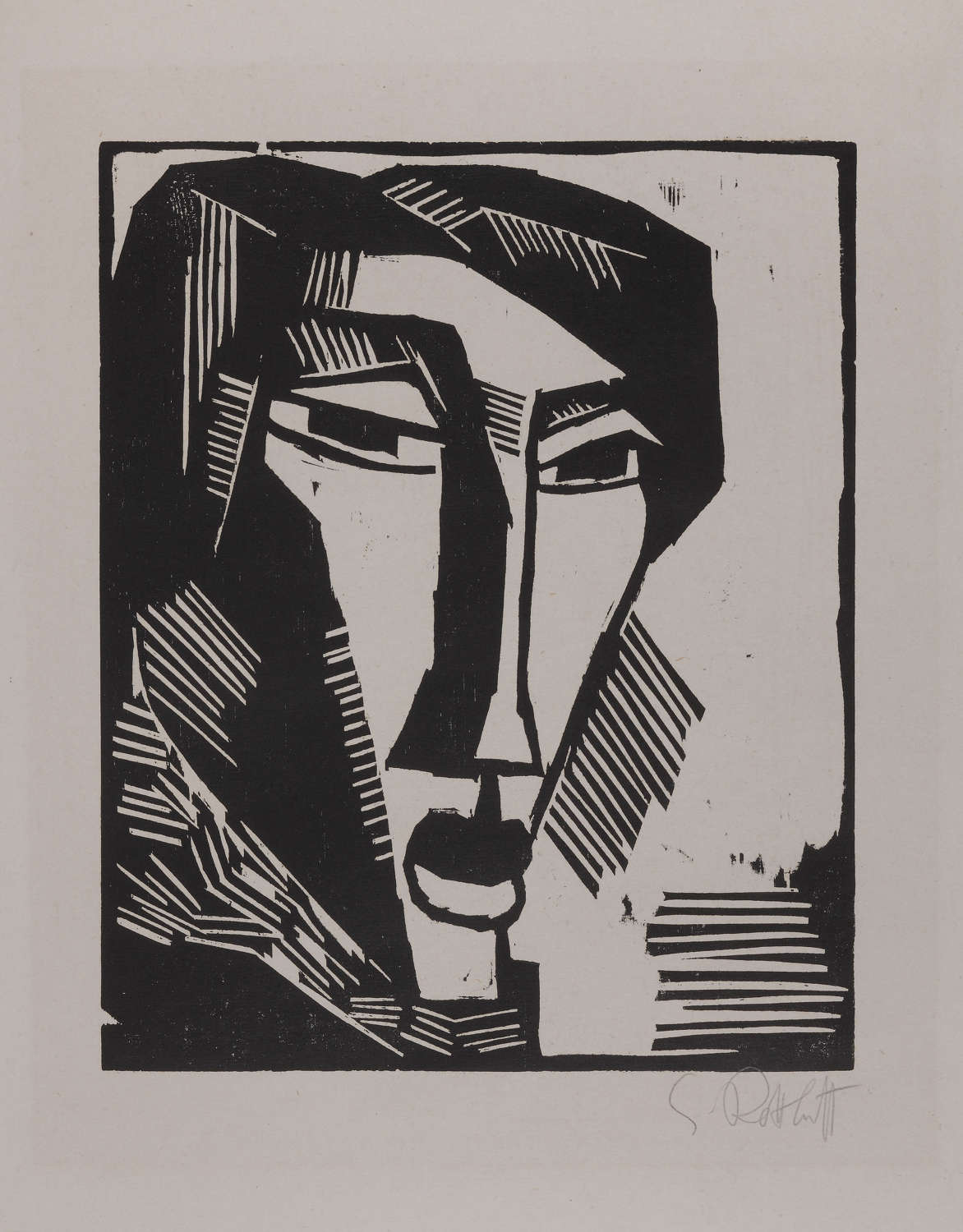