A very fine impression with the fine lines of shading on the folds of the cape hiding the young man’s left arm and on the doorframe above the woman’s head; these lines disappear very soon. Some of the foul biting from the first state is still visible, chiefly in the woman’s drapery. In fine condition, except for two tiny scuffs, one above the woman’s head and another in the shading on the open door in the center of the composition; trimmed to the platemark all around, but thus with the very broad margin between the limit of the composition and the actual sheet edge.

Along with Antoine Watteau (1684-1721) and François Boucher (1703-1770), Fragonard is the chief practitioner of scènes galantes in French painting of the 18th century. These three artists represent the French interest in love and personal life that was one of the principal themes of the Rococo. Fragonard, the youngest of the three, continued the preoccupation with these themes and was arguably the greatest etcher of the group.

L’Armoire, his largest and most important etching, is characterized not only by his vigorous conception of the figures but also by brilliant effects in the contrast and modulation of light. The right of the composition is taken up by the rumpled bed which the guilty lovers have evidently just left and is not only part of the narrative but also, with the shadowed figures and the areas of deepest shadow in the curtains and the bed, a foil for the drama in the center of the image, and a echo of the energetic stance of the enraged man and woman at the center of the subject.

The subject, an interrupted assignation, found in other such works of the period, is in this case presented with the added element of morality triumphing over salaciousness, even if the representation of the young man makes clear his indecorous state. 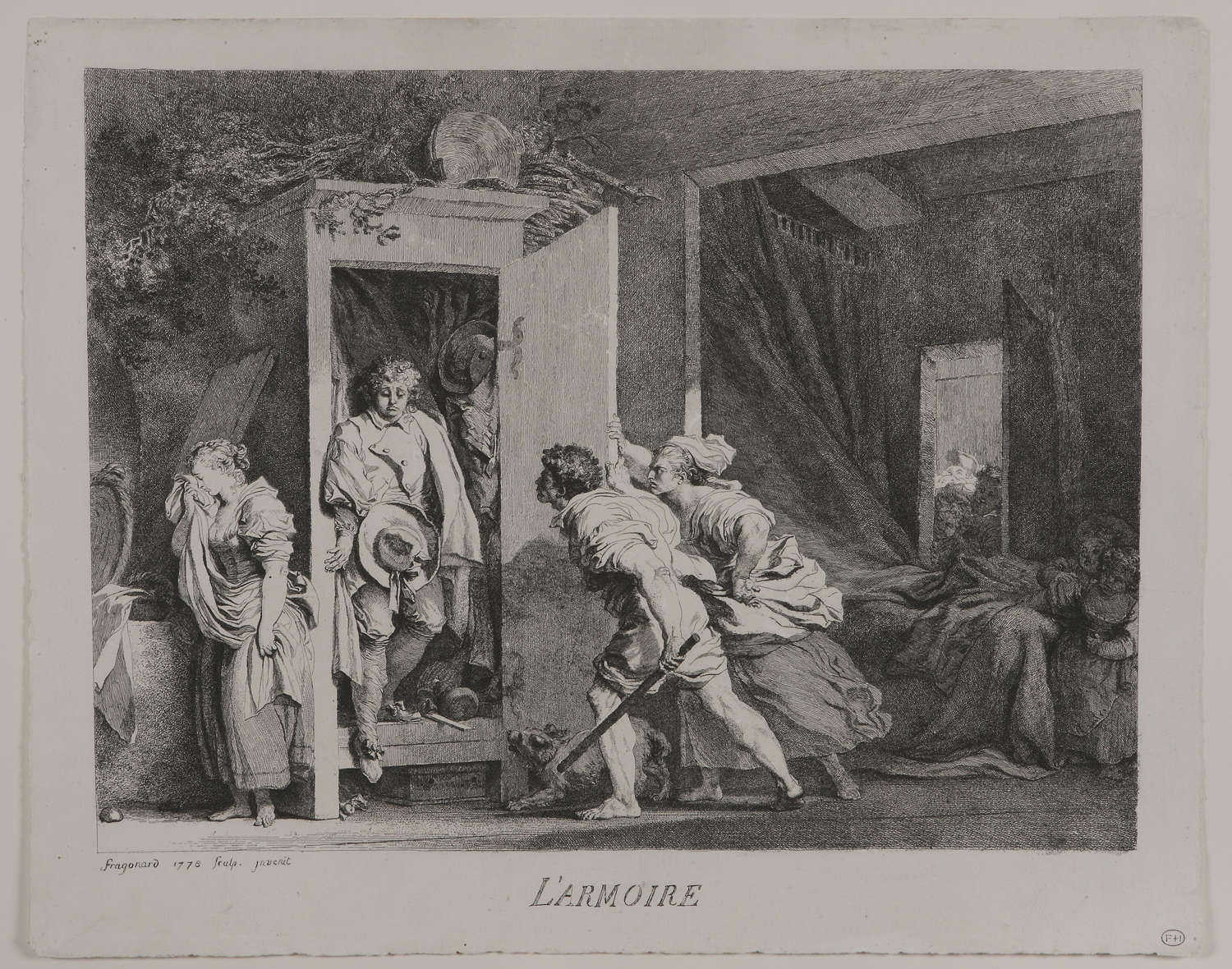