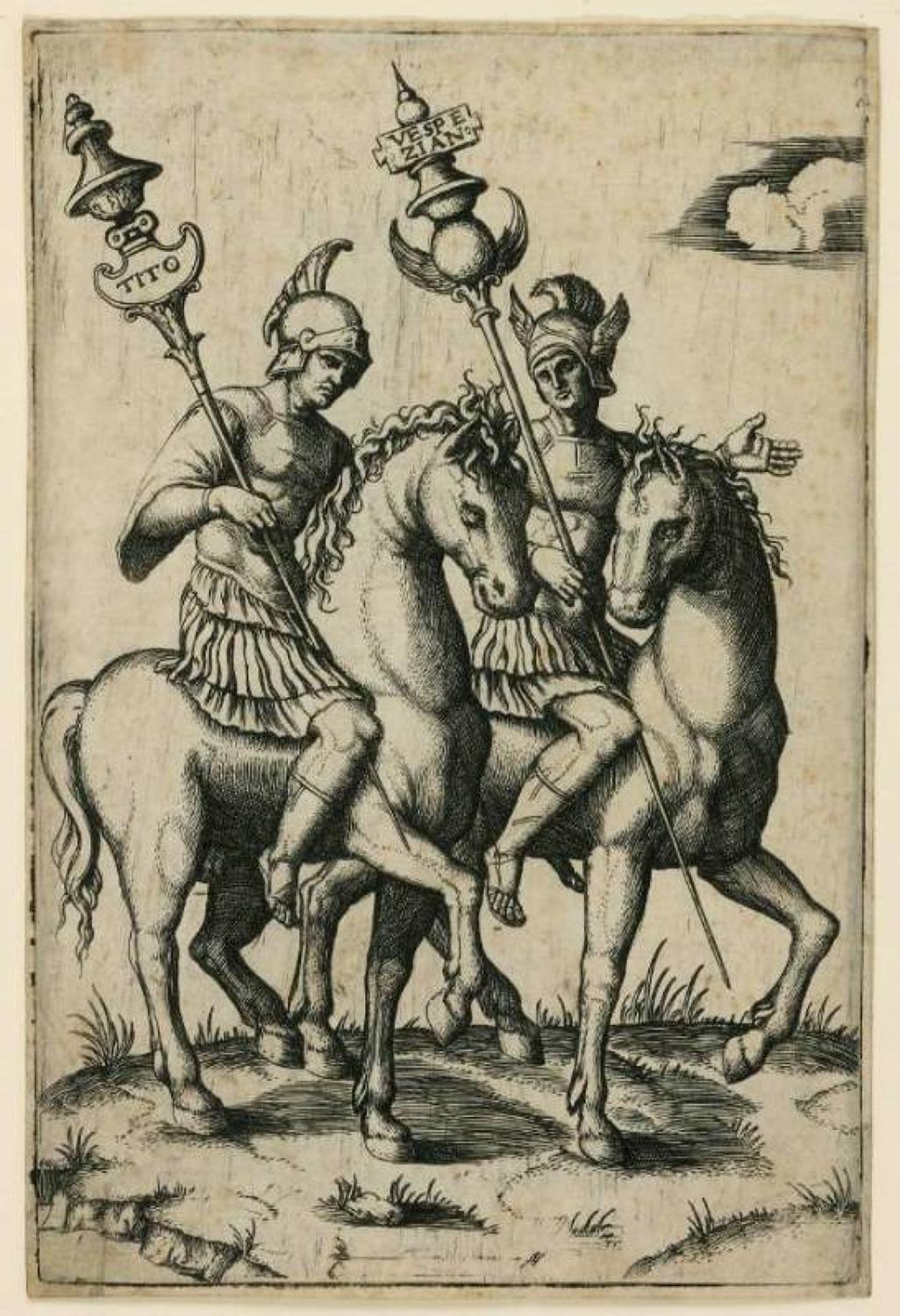 Engraving, one from a set of four Roman Cavaliers. Bartsch 188, the first state of two

before the address of Salamanca. A very fine and very early, rich impression with margins and inky plate edges, in excellent fresh condition. The engravings of Marcantonio are all now very rare in fine, well preserved impressions.

This early Marcantonio engraving was probably executed after his own design and predates his arrival in Rome when he began his famous collaboration with Raphael and Giulio Romano. Although 19th century commentators such as Delaborde[1] found this and other early engravings by Marcantonio less notable than his later work, a more modern view inclines to the view that Marcantionio s early printmaking is noteworthy for the very fact that it was not at the service of reproducing the designs of Raphael and thus more autographic and idiosyncratic.

Marcantonio is the father of the High Renaissance engraving style. Even in this early work, his firmly constructed figures are based on an understanding of classical sculpture. Their physical presence is defined by powerful contrasts of light and dark and strong contours. His artistic successors, Enea Vico, Agostino Veneziano and Giulio Bonasone, and the engravers of the Mantuan School, Giorgio Ghisi and the Scultori family, built on his style. His engravings were eagerly collected from the time they were made, and even if we may assume that his editions were designed for commercial purposes, early, brilliant impressions were always rare. By the early 19th century, these early impressions were already noted as rarities.

[1] Henri Delaborde, Marc-Antoine Raimondi, Paris, 1888, cat. 186, p. 213. Although Delaborde saw this engraving and the other three of the suite as less strong in comparison to Marcantonio s later engravings, he allowed that early impressions did show a certain finesse. Delaborde s opinions are interesting from a historiographical point of view. For Delaborde and his contemporaries, Marcantonio s importance was inextricably bound together with his connection to the art of the High Renaissance, a period in the history of art which was seen in the late 19th century as the high point of all Italian art.