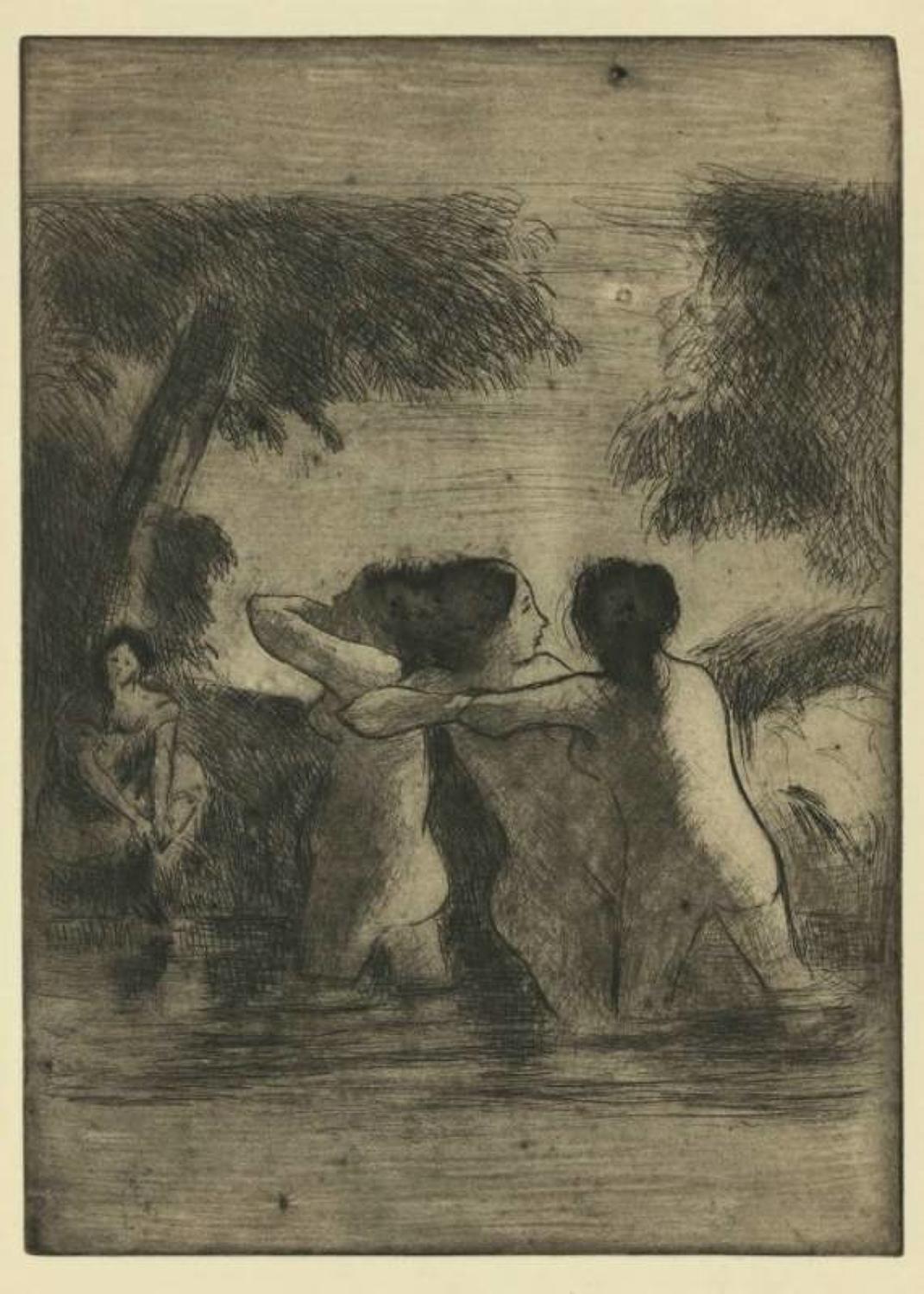 Etching; 1895. Delteil 118, the first of two states, before the plate was reduced at the top from 249 mm to 220 mm. Delteil records only two impressions of this state. The second state, from the cut-down plate, is posthumous. There is also a third state, unknown to Delteil, of the cancelled plate; an impression of this state is included with our first state impression. Delteil notes that the second state was printed in seven épreuves d essai and a further 25 stamped and numbered impressions. There is an impression in the Metropolitan Museum of Art of the second state, cut down, with the Porcabeuf C.P. stamp and annotated “ épreuve d essai 2/7”.

A brilliant impression, printed with strong plate tone. Unwashed and with a very faint mat stain outside the platemark; the surfaces otherwise very fresh. With very large, presumably original margins. Delteil did not note the locations of the two known impressions of the first state; it is thus unclear if our impression constitutes a third impression of the first state. In any case, Les Quatre Baigneuses represents one of the great rarities in the artist s oeuvre, and a magnificent treatment of one of major themes in printmaking.

It is thus not likely that Pissarro himself reduced the plate; comparisons between the first and second states suggest that the reduction of the sky in the second state does diminish the overall atmospheric effect of the image. On the other hand, there is visible in our impression a fine, engraved horizontal line at the exact point where the plate was eventually cut. We suggest that, absent any early impressions of the cut-down plate, the plate was reduced posthumously, perhaps on the belief that it had been Pissarro s intention to do so, even if the master had not done so himself.

Pissarro s eight etched Bathers were all executed from 1894 to 1897; there were as well from the same period eight lithographs of similar Bathers. The theme of bathers with its roots in Renaissance art was entirely congenial to the 19th century. In the case of Pissarro, bathers may be said to represent not only a reexamination of a long-esteemed subject in art but an aspect of the artist s belief in the unpretentious quality of country life and the life of the peasants. Frequently his bathers are also goose-girls, tending their flocks while wading in streams and ponds; others also engage in mock fights in the water. These prints, all very rare, depict nude women bathing in a landscape, often playfully, and always entirely without false modesty or coquetry. 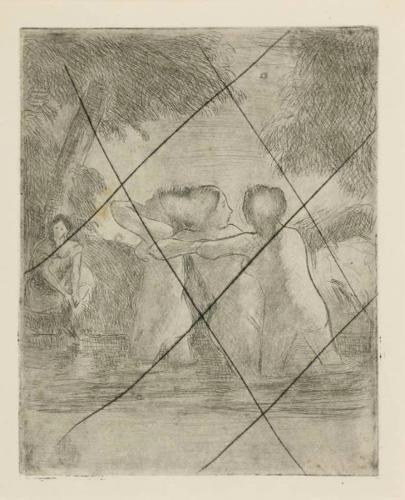