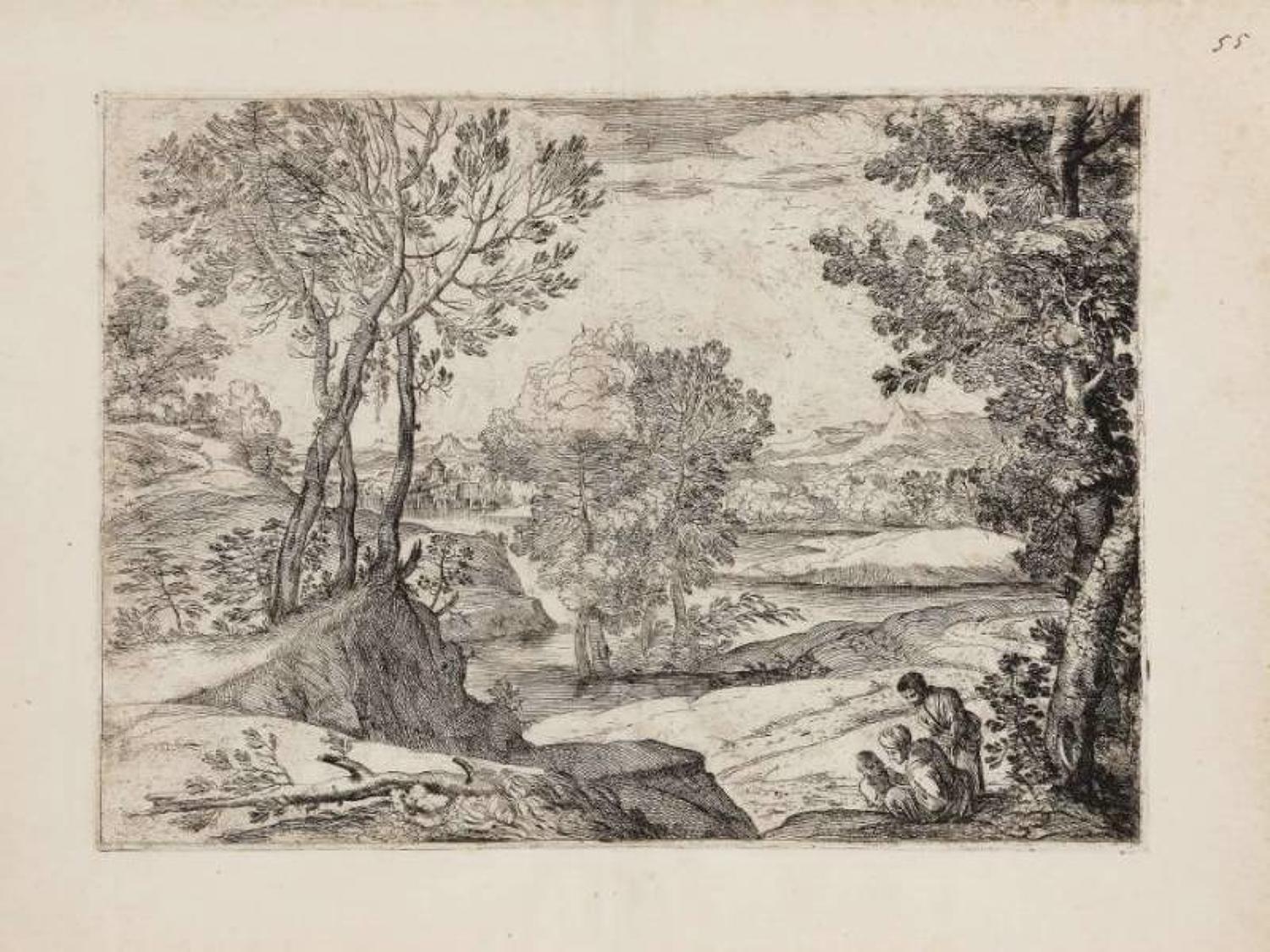 Landscape with a Standing Man, Seated Woman and Child.

Etching; 1643. Bartsch 41, the first of two states before the addition of “An. Carac” and the cleaning of the plate. While Bartsch was aware of impressions before “An. Carac”, he did not note impressions before the cleaning of the plate, removing extensive granular foul biting and remains of an earlier, perhaps abortive, etching. This earlier image is visible throughout, especially in the sky between the central clump of trees and the large tree on the right. A superb impression with strong plate tone, in pristine condition, with large, presumably full, margins and unwashed, with an old centerfold.

There are with us four more of these large landscapes by the artist, all in early proof states.[1]

Bartsch does not suggest that the five were issued in a suite. This point is moot as our impressions were all printed before the plates passed to de Rossi who added inscriptions, addresses and/or cleaned the surfaces of the plates to remove foul biting, and traces of

compositional changes that Grimaldi made in several plates.

As Richard Wallace[2] noted in his entry in Italian Etchers of the Renaissance and Baroque, the cleaning of the plates in particular destroyed some of the surface richness and the atmospheric effects visible in earlier impressions. It would seem that Grimaldi must have printed at least a small edition of our etching and others before passing the plates to de Rossi, as Bartsch was aware that at least in one etching, B. 40, that early impressions before the addition of “An. Carac.” existed.

Grimaldi was active in Rome from the beginning of the second quarter of the 17th century, as a painter and architect. His fresco painting included religious and mythological subjects; his interest in landscape manifested itself in his drawings and prints.