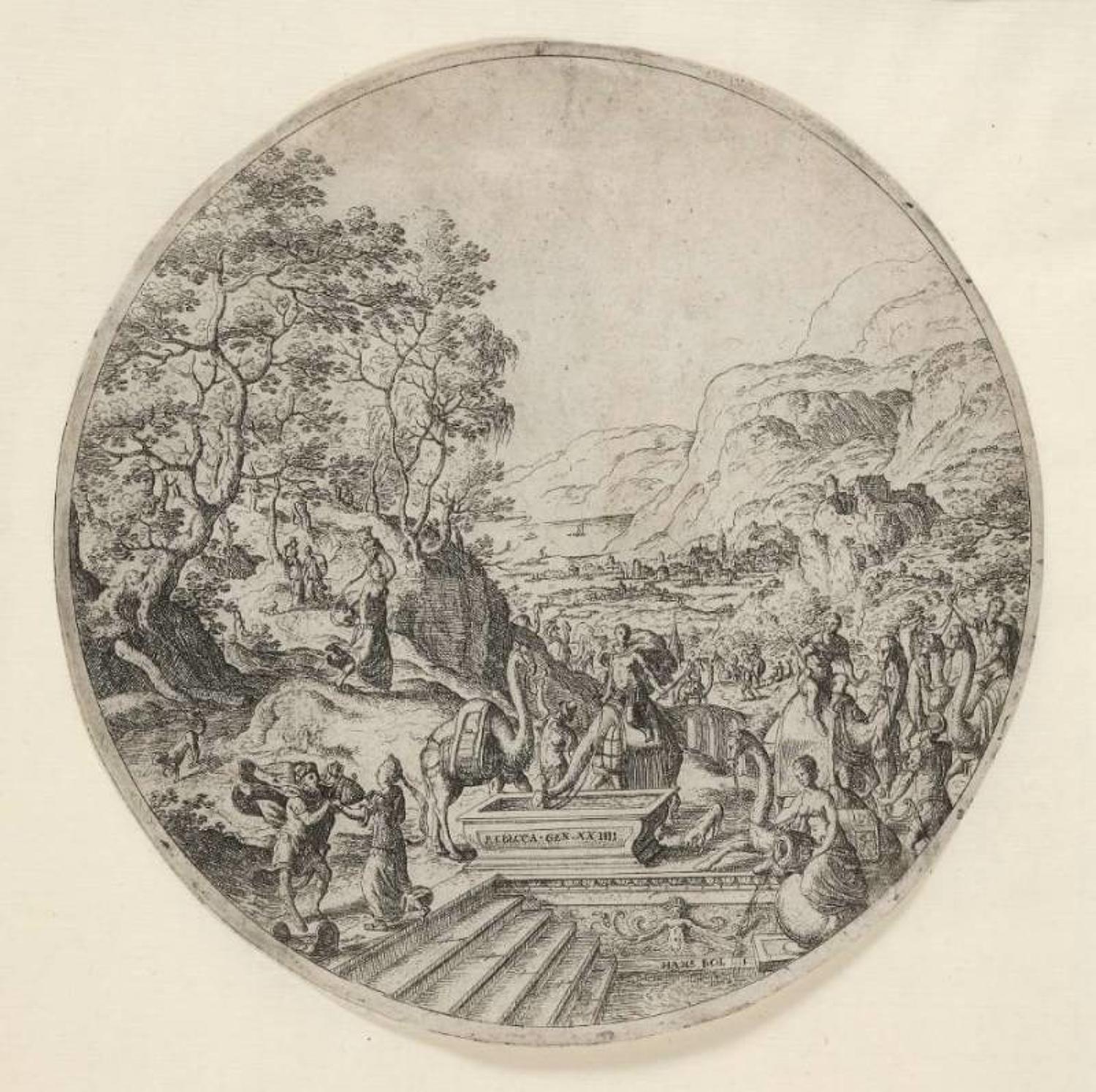 Rebecca and Eleazar at the well.

Etching; 1575. Hollstein 7, the first of two states, before the addition of the address of Pierre Mariette. A fine impression, printed with delicate tone; in fine, fresh condition. Trimmed on, just outside or just within the platemark all around, leaving a border of blank paper around the image.

Bol began his career in Mechelen and then, after the arrival of the Spanish occupying forces in 1572, left for Antwerp and became a master there in 1574 and was admitted to the guild there. Bol had already acquired a reputation as a painter on large canvasses in imitation of tapestry and for his small tempera miniatures on parchment. His ability to work in large and miniature scale was not uncommon during the period. Bol also supplied models for prints, and many of these were engraved or etched by the artists employed by Hieronymus Cock at his firm Au Quatre Vents in Antwerp. Bol also executed a very few etchings of his own designs; Rebecca and Eleazar is one of the most well-known of his etchings, almost all of which are in tondo form.

Like the majority of Bol`s tondi, our etching shows the subject matter in the near ground while a distant landscape gives the scene an air of calm and order. Bol s etched line is extremely fine and quite delicate, in keeping with the miniature character of the image.