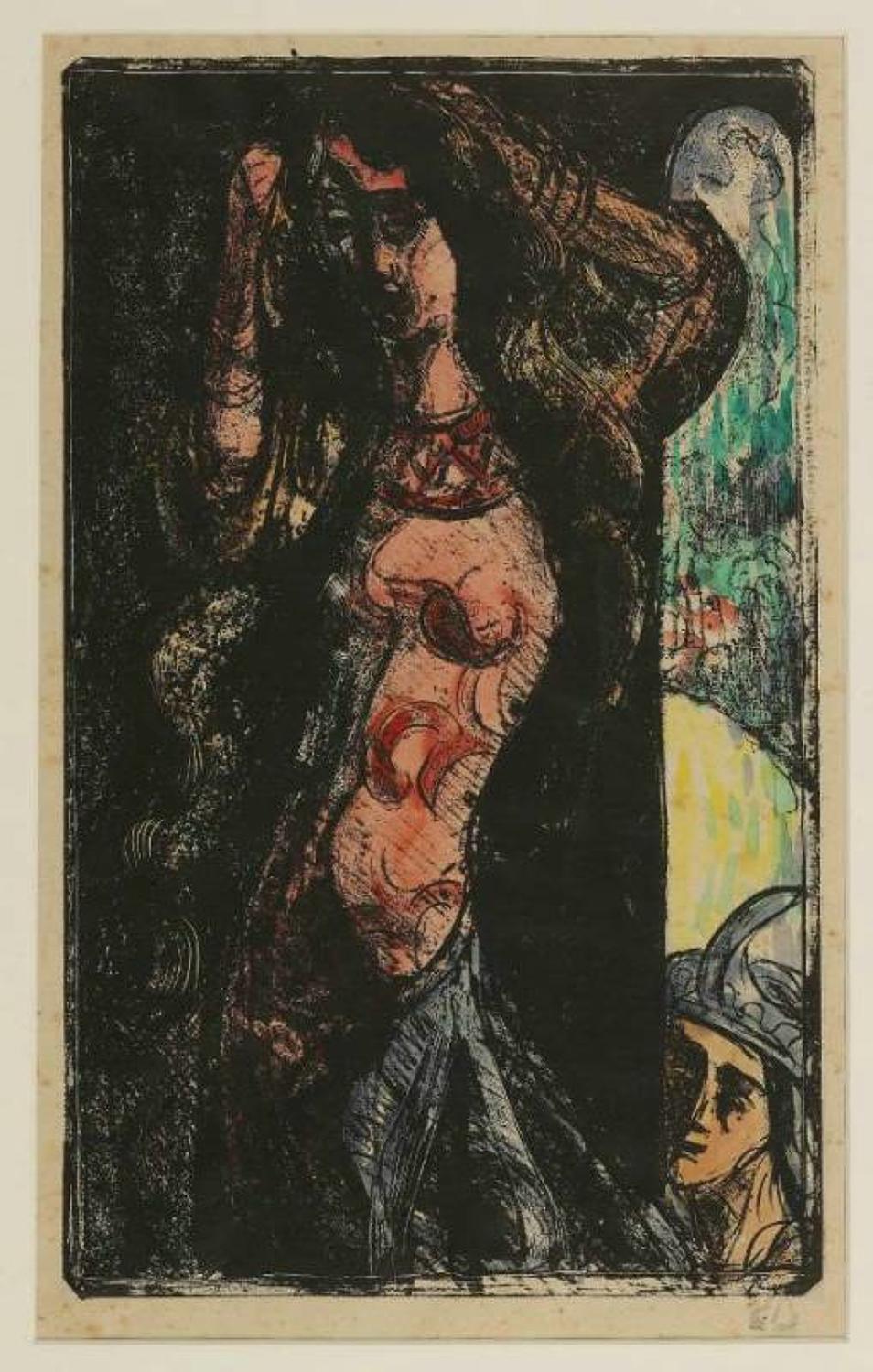 Zincograph, lithograph on a zinc plate as illustration for the poetry of the same subject by Jean Moréas ; 1891-92. Morane 33, only state of this rare zincograph, hand colored by the artist with the probable assistance of his daughter, the colors fresh and brilliant, in excellent condition. As such of the greatest rarity in the present market. A letter to the former owner from the author of the catalogue raisonné, Daniel Morane, attests that the impression is from the earliest printing and that the color was added by the artist and/or his daughter approximately at the time of printing.

Bernard made eight lithographs in total as illustrations for Les Cantilènes, destined for a never completed supplement to the Livre d Art , a review directed by the writer Paul Fort. The eight completed prints may have been part of a larger projected series, as Les Cantilènes comprised some forty poems . In any case, the prints were never published with Moréas poems, or for that matter in any book or bound form.

Bernard s images participate in the Symbolist interest in medieval themes. Bernard developed his interest in medieval style and subject matter in an 1886 walking tour of Normandy and Brittany, where he saw Gothic architecture and carved Breton Calvaries. By 1888, Bernard had developed a style in concert with Van Gogh and Toulouse-Lautrec called Cloisonnisme, after the heavy outlines of medieval cloisonné enamels, Japanese woodcuts, and Cezanne s own style. Although Bernard later retreated from the Modernism of his work in the late 1880s and early 1890s, he participated during this period in one of the most important manifestations of Post-Impressionism.