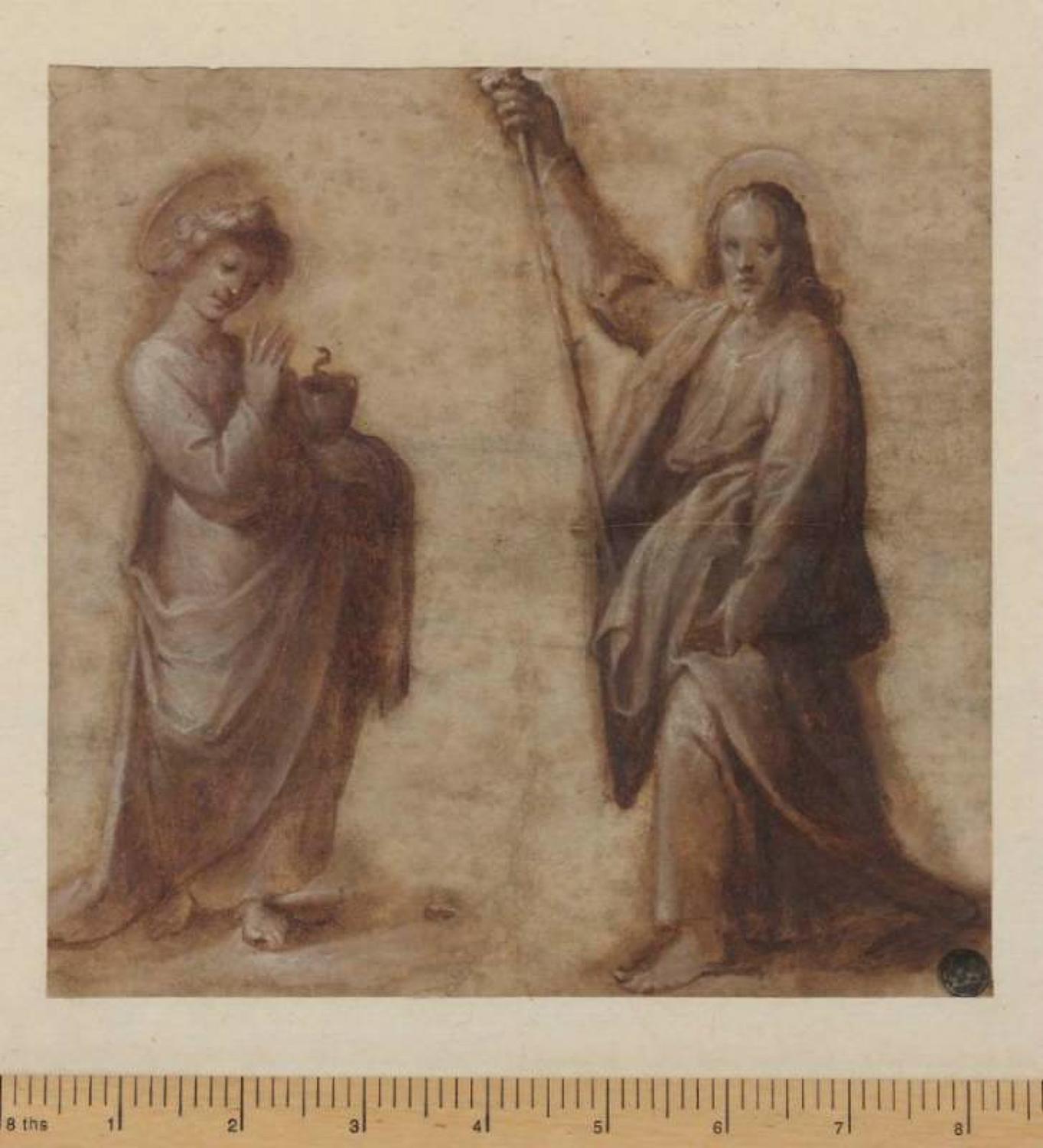 Saint John the Evangelist and Saint James the Greater.

Oil on paper. The attribution was confirmed by Mario Di Giampaolo in a letter dated April 2002.

By 1503 Bagnacavallo had arrived in Bologna, the city whose art was to be a central influence upon his style. He very likely entered the shop of Francesco Francia, and his early work there bears the stamp of that master.

Bagnacavallo also worked in Rome, having gone there with Biagio Pupini, with whom he executed frescoes in S. Pietro in Vincoli, now destroyed. Our drawing, however, with its

solidly constructed figures and swirling, voluminous drapery is typical of Bolognese draftsmanship in the early decades of the Renaissance. His Roman sojourn introduced him to the art of Raphael, which became an important influence on his later style. His most important works remain in Bologna, at the Pinacoteca Nazionale and in various Bolognese churches.

Bagnacavallo seems to have been an early practitioner of the oil sketch; our sheet may be a preparation for a lost work.