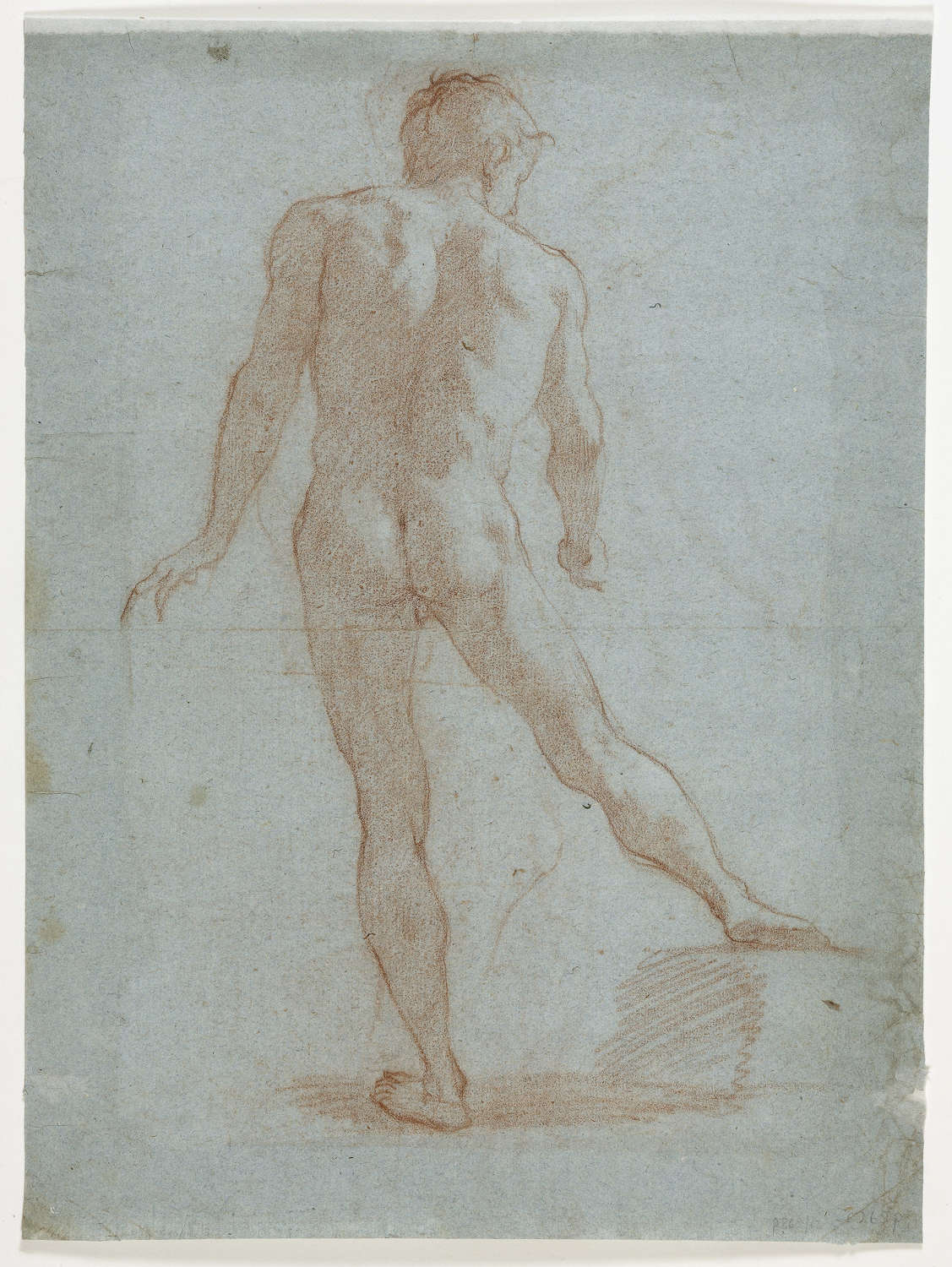 Double sided drawing in red and white chalk on blue paper. The attribution confirmed by Miles Chappell, who has kindly written the following description of our drawing.

“This drawing exemplifies the Florentine tradition of good disegno which extends from Leonardo, Michelangelo and Del Sarto through the seventeenth century to masters such as Cigoli and Volterrano.  The tradition, distinguished by facility, accuracy in form, and a pictorial realism in light and shadow, is well seen in these figure studies in chalk. Drawing was fundamental to his activities as a painter in oil and in fresco. Volterrano made numerous drawings for his works and for purposes of study.  He was indeed a prolific draughtsman who is represented in virtually every public collection of European drawings.  The greatest concentration is found in the Uffizi Gallery with over 300 sheets, many drawn on both sides.  Substantial groups are in the Louvre and the Istituto Nazionale per la Grafica, Rome.  His drawings are found in numerous private collections, and some 200 examples from one early collection were on the art market some thirty years ago.  Much needed is a complete catalogue of his drawings and paintings.

The present studies on the recto and verso of the nude youth are striking for suggestion of salient form, light and atmosphere, and expression of implied movement and mood.  A good example of Volterrano’s masterful style, our sheet shows studies of a youth who is perhaps the same model seen on Louvre Inv. Nos. 1183, 1185 and 1187 and on Uffizi Inv. Nos. 3289 S, 3322 S, 3367 S and possibly 3292 S. These Uffizi drawings are for his frescoes of 1636-1648 in the Villa della Petraia, near Florence.  A dating around this time seems appropriate for the present drawing. The sense of form derives from the artist’s distinctive use of red chalk highlighted with rubbed white chalk on blue paper that suggests through light and shade.  Showing the youth with studio props of a staff, pedestal, and a plinth, the recto and verso conceivably were preparatory for a specific purpose but were more likely made as studies of the figure. The recto shows the nude youth, illuminated from the left, standing, in a manner suggestive of a classical statue, leaning on a pedestal and holding a staff.  Probably from the same moment, the verso shows the nude youth, seen from behind and illuminated from the right.  One can imagine the artist moving around the model to make the drawing.  The figure studies may yet find an explanation in the context of Volterrano’s paintings.” 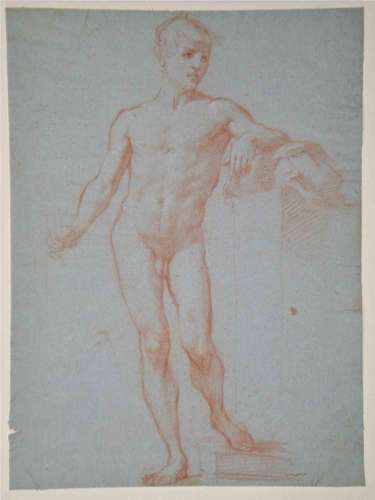