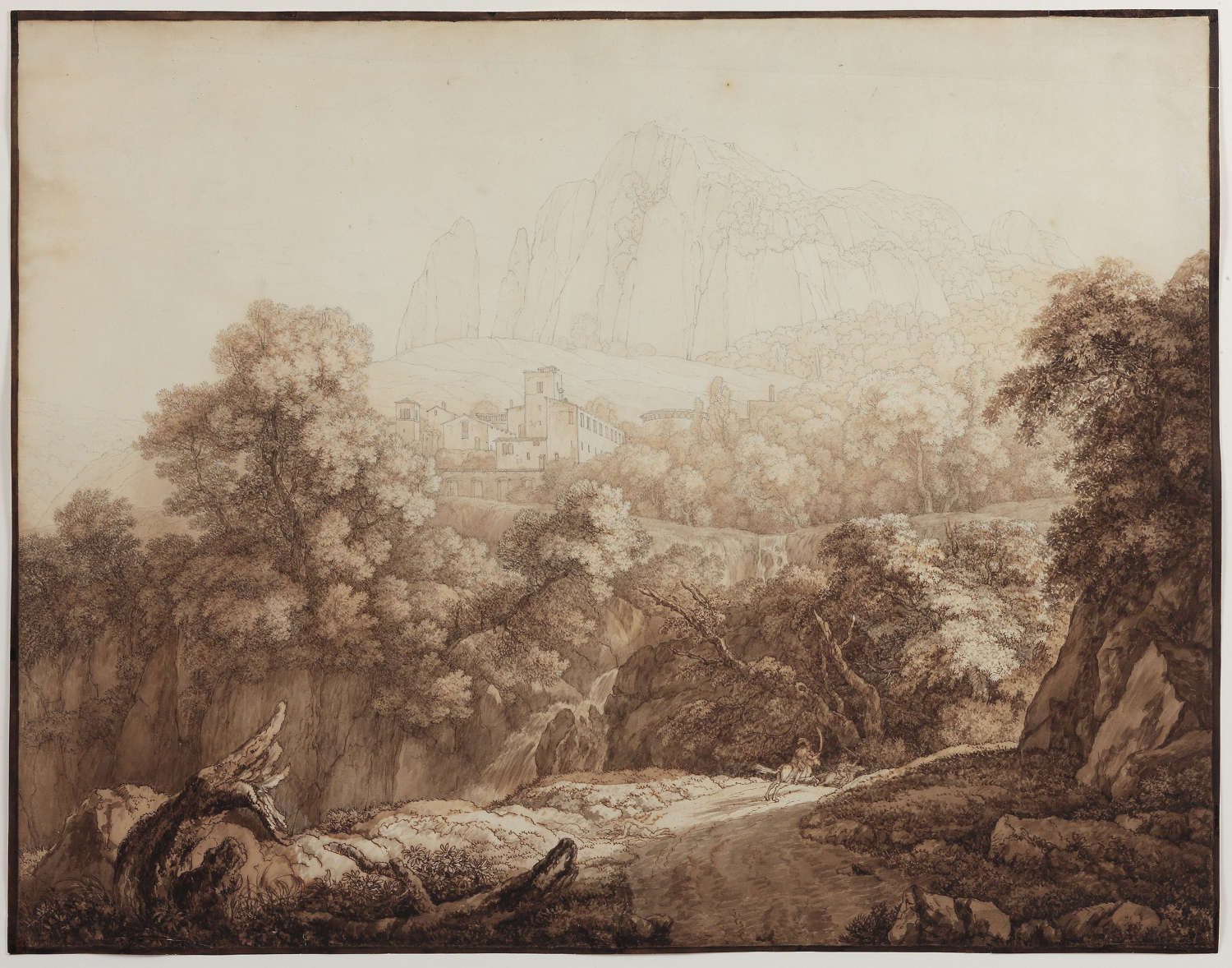 An Heroic Landscape with a City and two Highwaymen riding to the right, a fallen Traveller by the side of the road.

Dr. Martens has confirmed the attribution of this drawing to the former owner in a letter of 22 October 2008. He suggests a possible date of 1803-4 during which time the artist was in Rome.

Dr. Martens notes the similarity of our drawing to the drawing style of Johann Christian Reinhart (1761-1847). Steiner was largely self-taught and early on made drawn copies  after Ruysdael and Jan Both. His Italianate drawings were done during his Italienische Reise, the almost obligatory journey for artists from the Germanic world during the Romantic period. Their debt to Reinhart notwithstanding, Steiner’s drawings are filled with controlled energy and bravura expansiveness. The large size of our drawing demonstrates the artist’s superb control of technique.