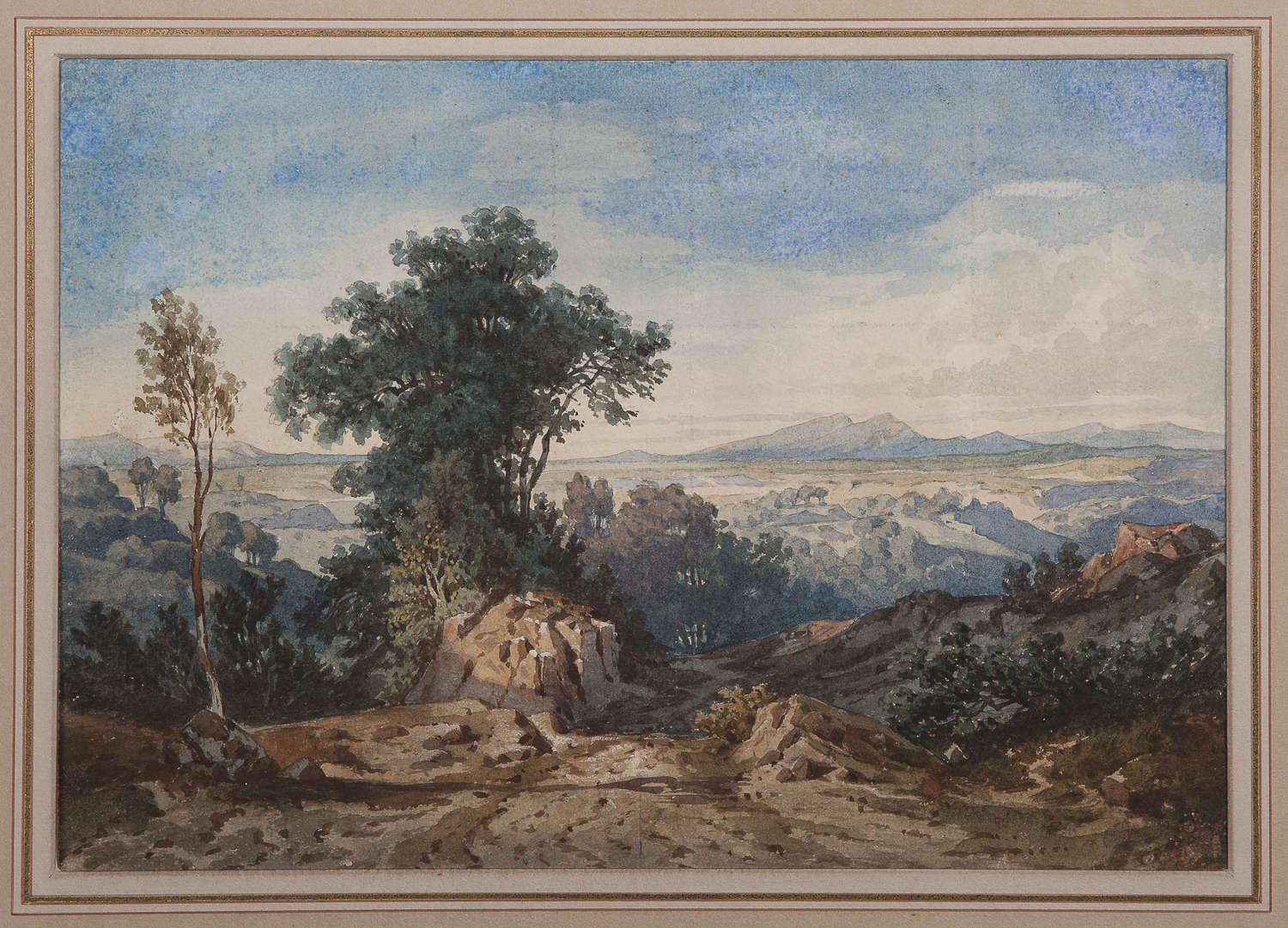 Watercolor, very lightly squared for transfer with black chalk; c. 1861, the preparatory study for the artist’s painting of the same title. The sheet exceptionally fresh and vivid.

Lindemann-Frommel was the adopted son of the artist Karl Ludwig Frommel (1789-1863).  He was trained in Karlsruhe and Munich with Leopold Rottmann (1812-1881). Lindemann-Frommel lived in Rome from 1856.

Olevano is located about forty-five miles east of Rome. A number of artists visited the town and painted there in the 19th century, among them Camille Corot (1796-1875), Theodore Caruelle d’Aligny (1798-1871), and Johann Wilhelm Schirmer (1807-1863), which explains a later notation Schirmer on the verso. This detailed modello for the painting lacks only the two figures on the road at the center foreground.