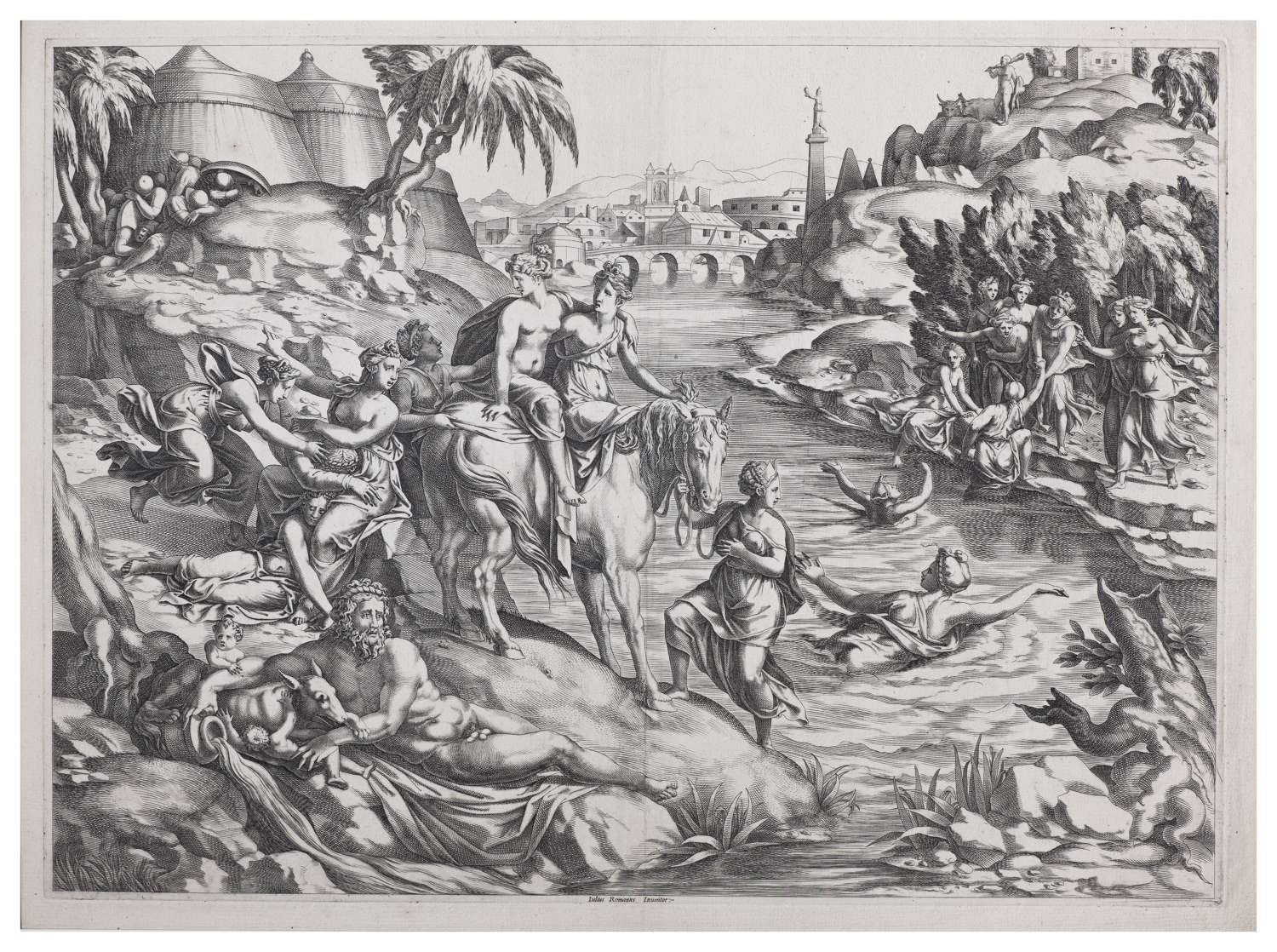 Clelia Escaping from the Camp of Porsenna.

The print was begun by Pierre Milan, the most important engraver in Paris at the mid-16th  century, and finished by René Boyvin, who was probably his student. Boyvin so successfully accommodated his style to that of Milan that it is difficult to separate the two hands. Milan and Boyvin represent the most widely disseminated engraving style of the Renaissance in France. Two large plates were begun by Milan: The Nymph of Fontaine-bleau, and our Clelia Escaping from the Camp of Porsenna. Giulio Romano and  Primaticcio supplied the great majority of models for printmaking in France in the second half of the 16th century.

The subject represents a story from early Roman history of the wars of Rome and Clusium, probably apocryphal: in the sixth century BC, the escape of the hostage Clelia, a young Roman woman, from the camp of Lars Porsenna, then besieging Rome. Clelia escaped with a group of Roman virgins by swimming across the Tiber, much to the anger of Porsenna, who demanded the return of the escaped women including Clelia. In order to keep peace with Porsenna the Romans agreed. Clelia so impressed Porsenna that she was allowed to choose a group of young Romans to be freed. She chose the young men so that they could continue fighting. Whether true or not, this story appealed to the Renaissance as an example of Roman Republican virtue in women’s actions.