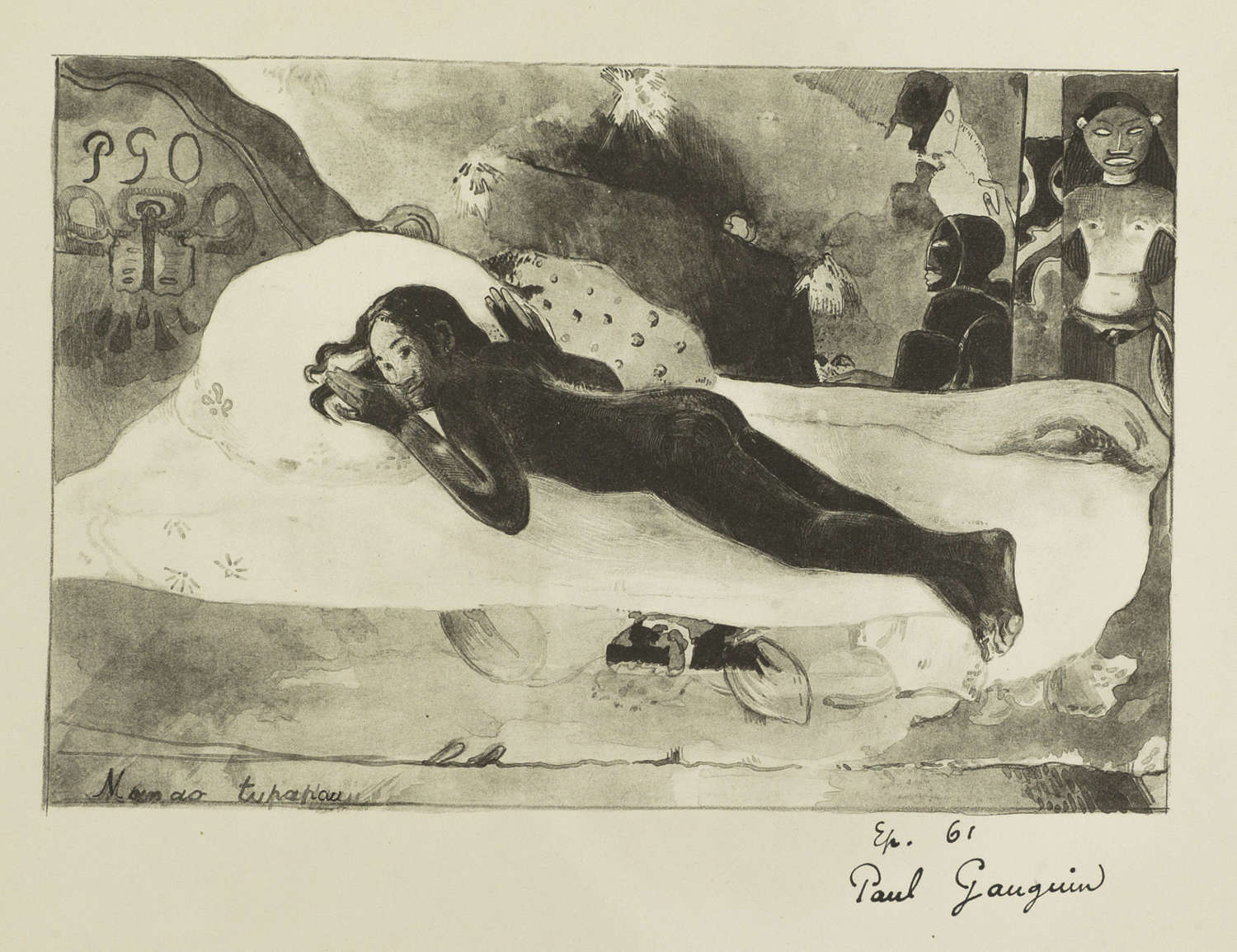 Lithograph on stone, the stone executed in pen, crayon and wash; 1894. Signed in the image with the artist’s monogram, and by the artist in pen below right on the support sheet. Published in an edition of 100 by André Marty in L’Estampe Originale, part VI, April to June 1894. With the embossed blind stamp of the publication in the lower right corner. Mongan, Kornfeld & Joachim 23, only state. An extremely fine impression in fine, fresh condition. The authors cite only thirty impressions; our impression was unknown to them.

The remarkable image is related to a painting by Gauguin of 1892, two later woodcuts, a sketch for the Maori housepost and a watercolor monotype of 1894. Gauguin noted in a letter to his wife in 1892 that the painting of the subject of that date was to depict the young Maori girl whose nudity was to be understood as the artist’s interest in the role of her body in the overall composition of the image.

Like many of Gauguin’s printed works, Manao Tupapau took as its starting point the painting of the same subject of 1892. Our lithograph, however, does not adhere completely to the composition of the painting. The very overt contact made by the subject with the viewer is suppressed in the lithograph. As well, the figure in the background of the painting and the spirit who accompanies the young woman are augmented by a female idol and a second idol’s face above the seated figure. The lithograph, then, concentrates less on the seductive young woman (whom he acknowledged in his letter to his wife could have easily been made to seem indecent) than on the contrast between the spirits of the dead and the implied innocence of the young girl.

Gauguin’s art has been seen as one of the most powerful and expressive statements of the European belief in the virtues of so-called 'uncivilized man'. His magnificent achievement in all media - painting, sculpture and printmaking - puts him in the first rank of artists of the period. 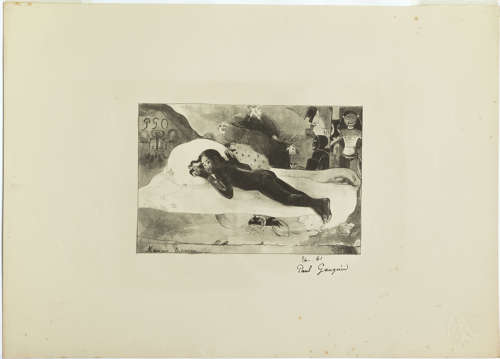