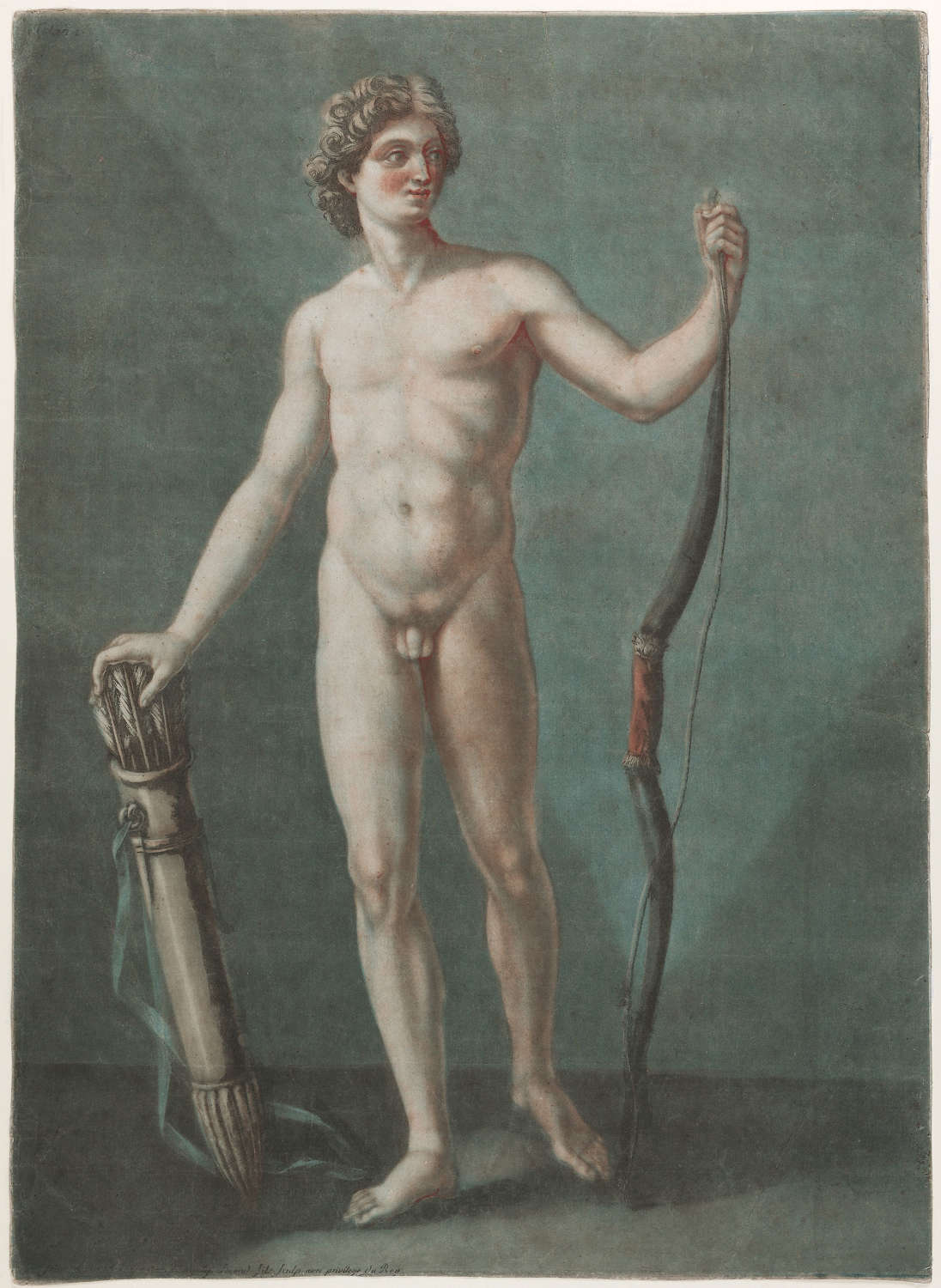 In very good condition: each plate with an irregularly repaired break about 130 mm (five inches), in Apollo to the right of his head extending slightly into his upper arm while in Venus to the right of her head. Both with some soft creases at the right edge and various other small marginal nicks.

Arnaud-Eloi, the second son of Jacques-Fabien Gautier-Dagoty, followed the family interest in printmaking in colors begun by Jacques-Fabien. Apollo and Venus served as frontispieces for Arnaud-Eloi’s plates for the Cours Complet d’Anatomie. The choice of these antique deities can hardly have been an accident. The two represented respectively the classical ideas of male and female beauty. Apollo was associated with the arts and learning, while Venus with the beauty of the material world. Thus the pair served to point out the dual purpose of the Cours Complet, to elucidate the knowledge to be gained by the study of anatomy and the beauty of the forms themselves.

Arnaud-Eloi’s Cour Complet is the most considerable of the works produced by the sons of Jacques-Fabien. His Apollo and Venus may well have been published outside of the Cours, but the condition of the two sheets with their identical tears, strongly suggests that the two were originally part of the Cours Complet. 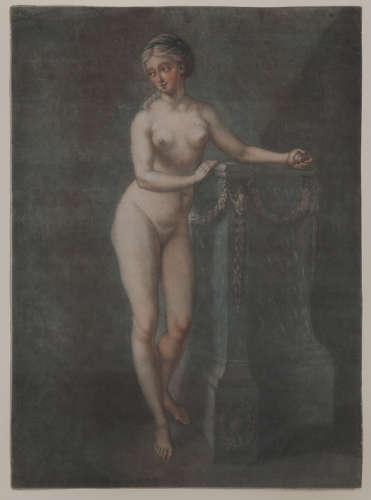