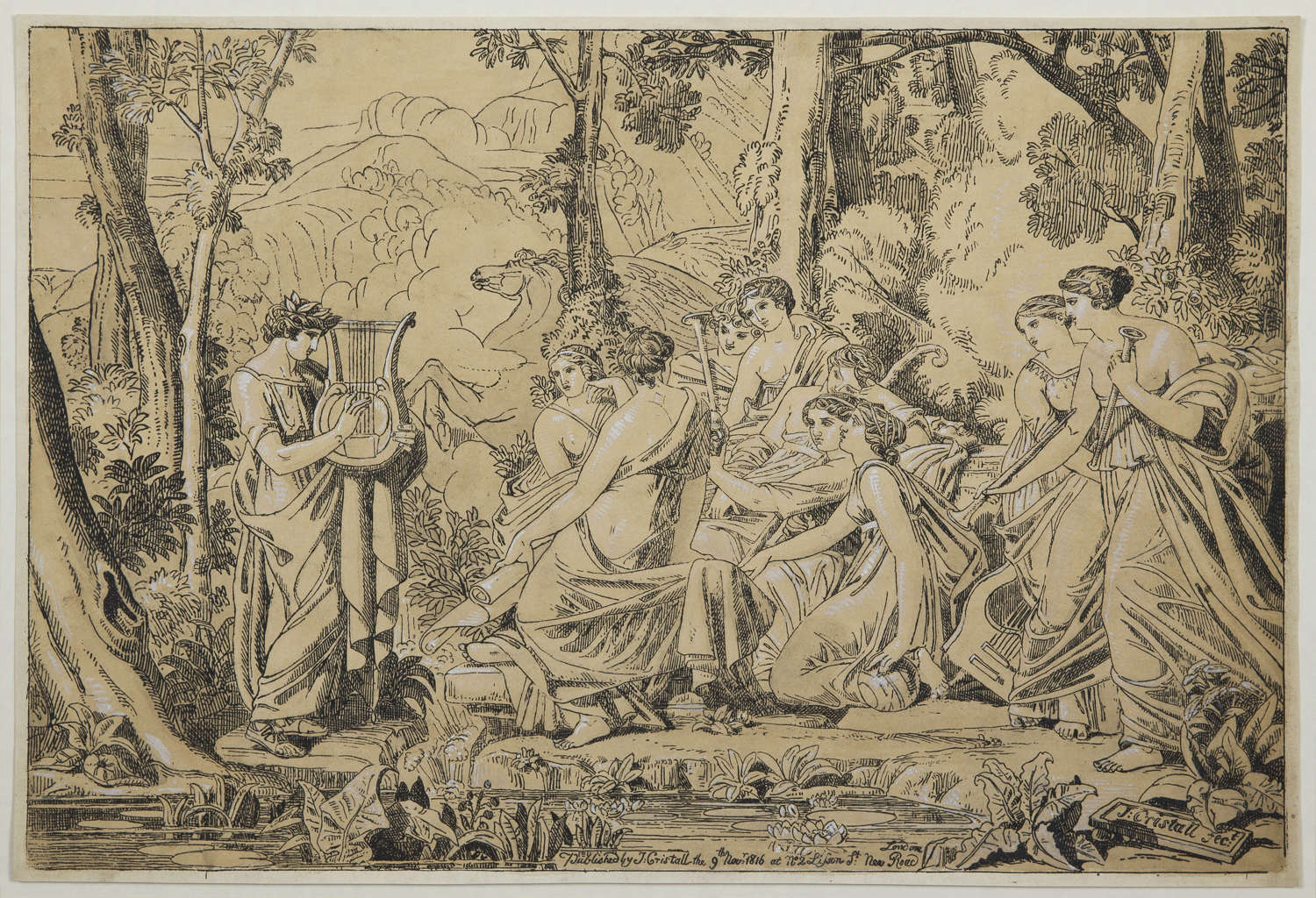 Apollo and The Muses.

Pen lithograph with several tones of brown wash and white heightening added by the artist; 1816. Apparently the only impression of this rare lithograph so treated. A very fine impression in fine, fresh condition with small margins.

Like many English artists in the 18th century, Cristall came from relatively humble origins. His father was a sailmaker in Rotherhithe; he began his career as a painter on china in London and then Shropshire. In 1792 he attended classes at the Royal Academy and worked with John and Cornelius Varley and founded with them the Society of Painters in Water-Colours in 1806. He was president of the society in 1816 and 1819.

His favorite subject, classical themes, apparently was not commercially viable in his latter years, and his portrait painting in the last two decades of his life managed only to provide a meager existence.

Our pen lithograph is typical of the artist’s taste for refined, elegant draftsmanship. The subtle use of wash and white heightening, not known in other impressions of this lithograph, add a painterly depth and richness to the image.