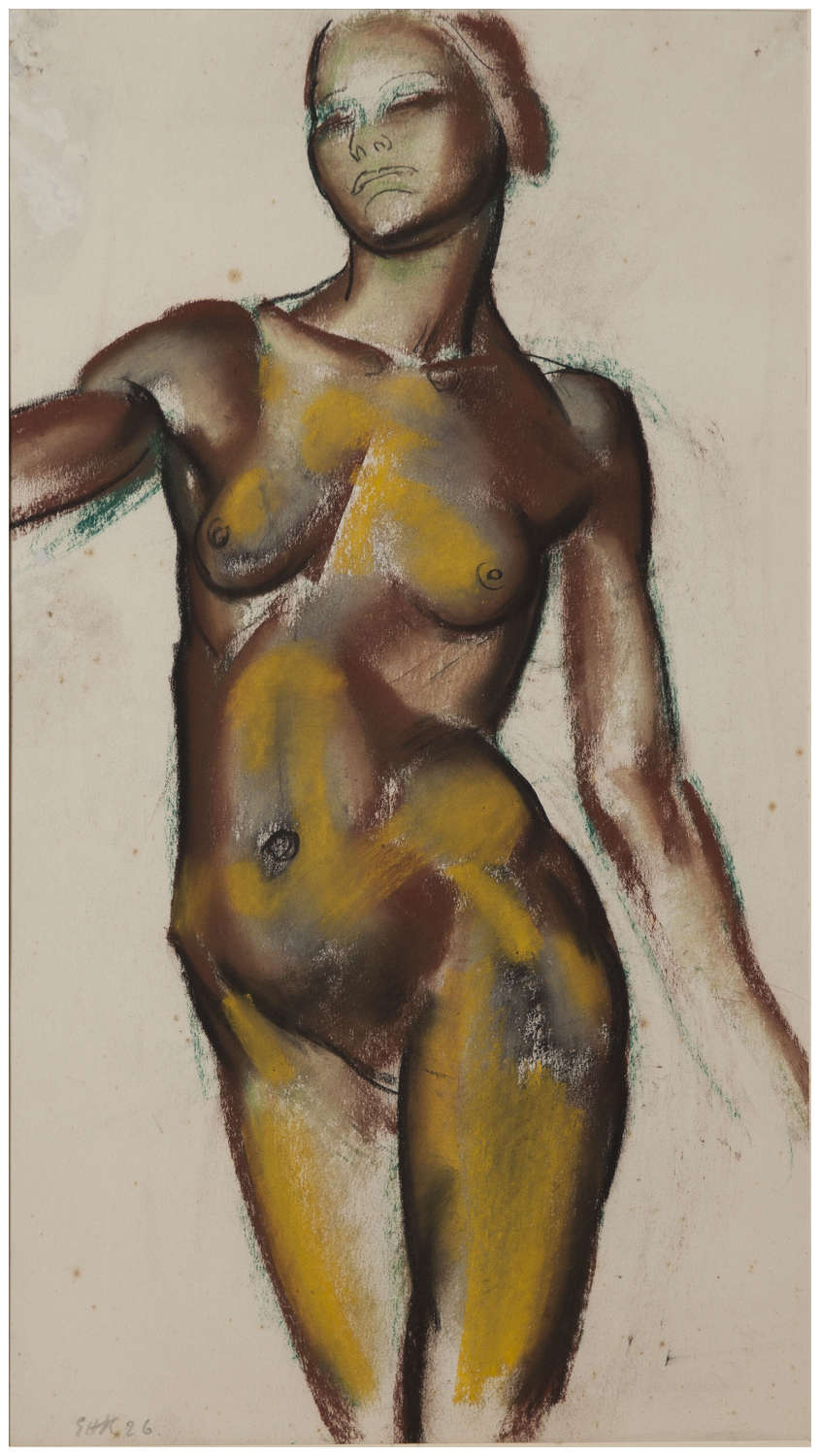 Pencil, charcoal and pastel; 1926. Signed with initials and dated by the artist.

Provenance: Mrs. Eric Kennington from June 1961; Simon Heneage, where purchased from the Leicester Galleries, London, 1973; Brian Sewell from 1978, whence purchased at Sotheby’s London, lot 87, 15 November 1978. Sewell was the long-time art critic for the London Evening Standard. Brilliant and opinionated, he wrote about quality in art, and formed an impressive art collection.

Kennington was a painter and sculptor; he was Official War Artist 1917-18. During this period he drew a group of pastel portraits of British soldiers, and in the mid-1920s began work on sculpted war memorials in London and France. It was at this time that he began a series of pastels of nudes and other subjects which he drew in series, studying, as it were, figures from all angles.

Our Nude, impressive in its scale and bravura colorism, also shows that for all Kennington’s attachment to figural form, he was well aware of Cubism.  He has with very considerable subtlety integrated a vision of the female form with the faceted structure of synthetic Cubism. This integration is particularly visible in the shoulders, neck and sternum of the figure.

His apparent choice of a Black model, so strongly suggested by his color palette, does not seem to have been at the service of deliberate exoticism. In fact, the formal elegance of our drawing suggests that he chose the model at least in part on that account, as well as for the latent energy of the model’s form, even if it does convey, as well, a powerful sensuousness and sexuality.

Kennington became well-known at this time for his illustrations of T.E. Lawrence’s Seven Pillars of Wisdom which appeared in 1926.  His portraits of Lawrence both drawn, painted and sculpted, pleased Lawrence extremely. He served again as Official War Artist from 1940 to 1942. His portraits, while idealized, are convincing studies of servicemen and convey the spirit of the unassuming courage of British soldiers and sailors.