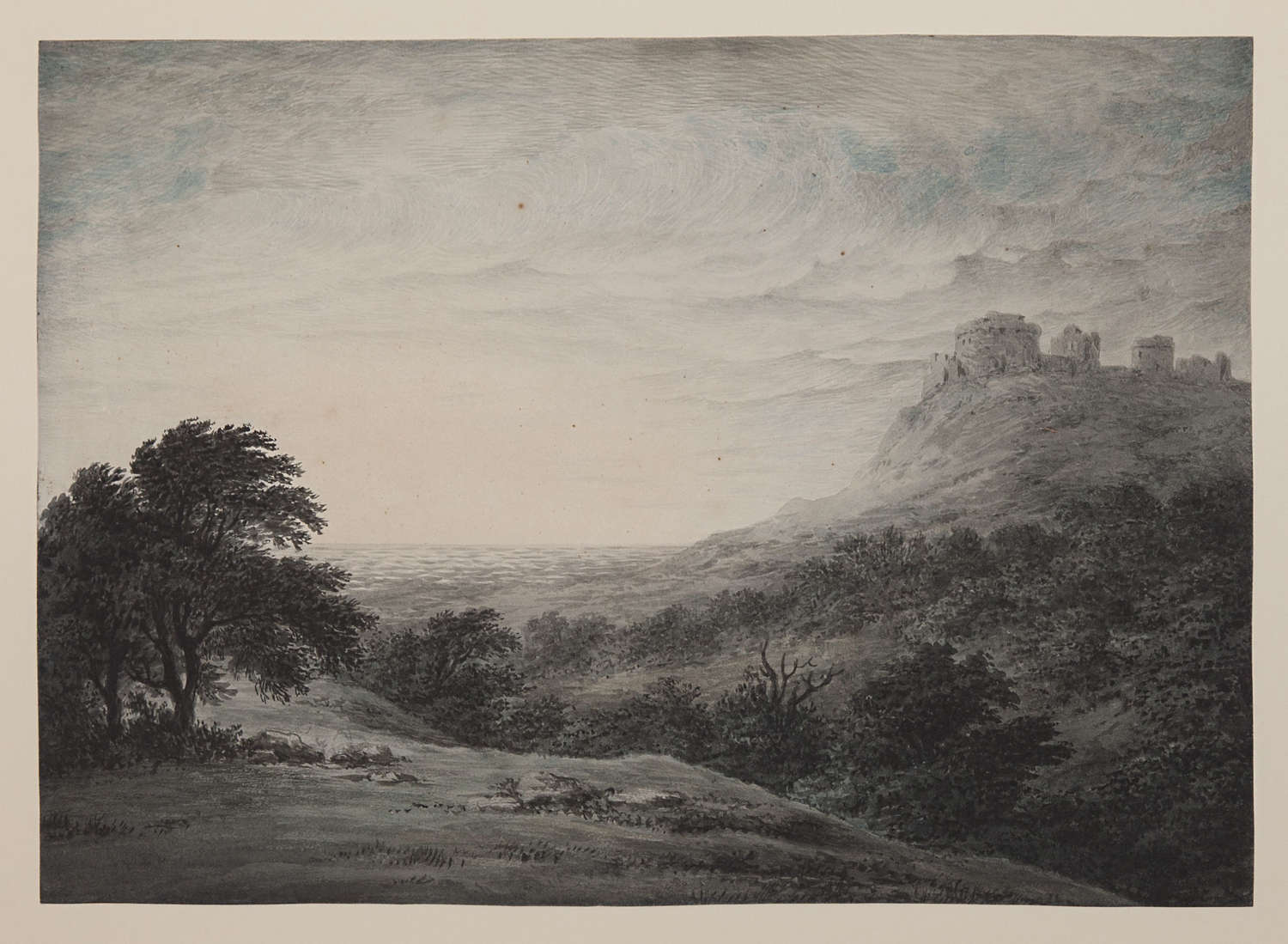 Half an Hour after Sunset after a Stormy Day.

Watercolor in tones of blue gray with blue glazes over pencil; 1794. Inscribed by the artist: Half an Hour after Sunset after a Stormy Day J Glover delt 1794.

Glover began as a schoolteacher in Cumbria but by 1794 he was employed as a drawing master. At this time drawing masters taught draftsmanship as a polite accomplishment to young women of the middle and upper classes. Glover, however, wished to exhibit in London and from 1795 he exhibited at the Royal Academy.

In 1805 Glover participated in the inaugural exhibition of the Society of Painters in Watercolour where his pictures were notable for their prices, the highest of any exhibitor. In 1807 he was president of the society and served as president again in 1814-15. Glover travelled in France and Italy after 1814 and exhibited his landscapes with very considerable success in the 1820s in comparative exhibitions he organized with pictures by Claude Lorrain and Richard Wilson.

In 1829 Glover sold his home and the contents of his studio for the very considerable sum of £60,000 and re-settled in Tasmania where he lived as a sheep-farmer and painted landscapes of the area.

Our watercolor is entirely comparable to another, similarly inscribed by the artist, Barren Coast and Slight Storm J Glover delt 1794, formerly with the late Andrew Wyld, the London dealer and connoisseur, also executed in very muted tones. Glover understood and participated in the Romantic taste for the dramatic atmospheric effects of weather.