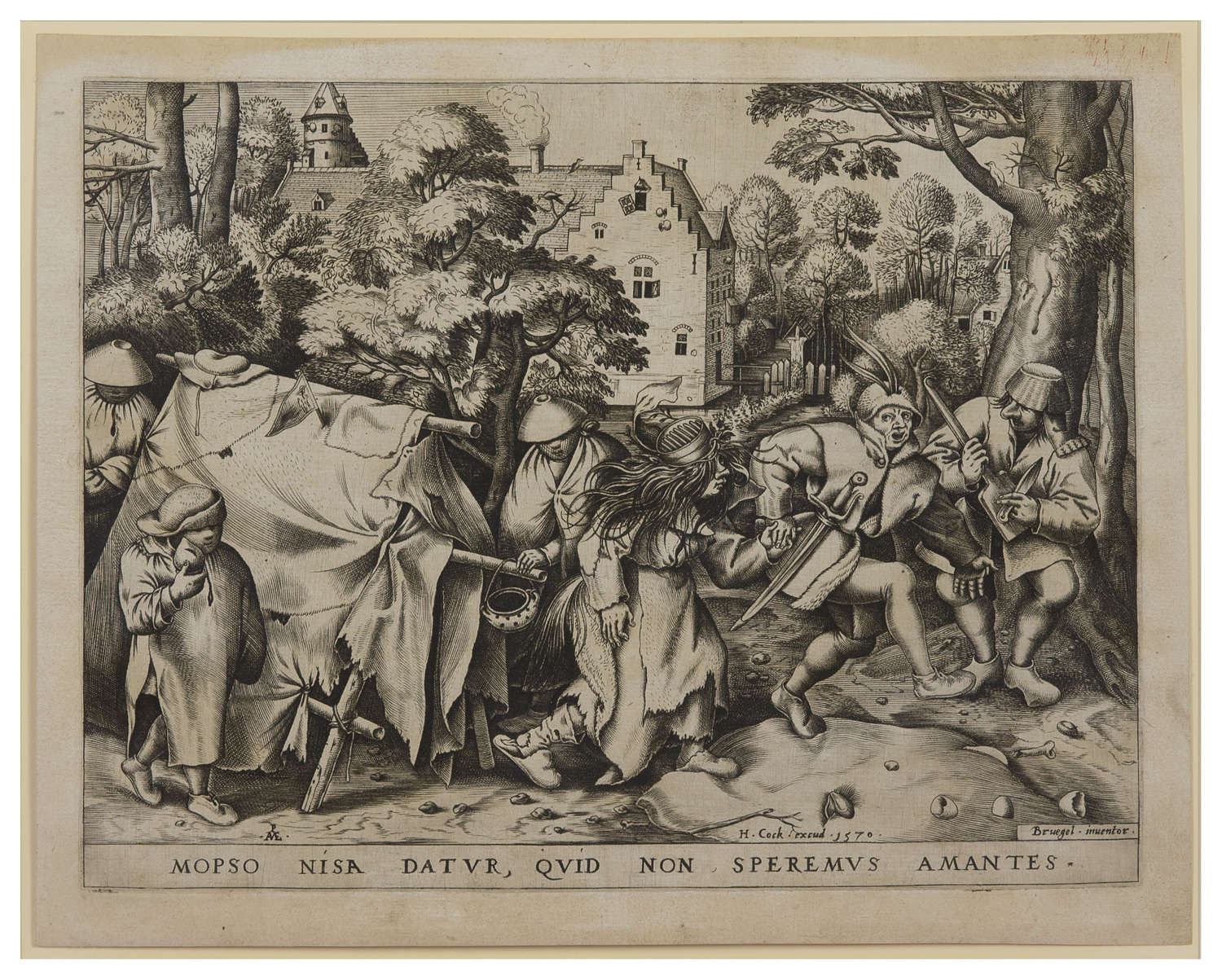 The Wedding of Mopsus and Nisa.

Engraving, after Bruegel by Pieter van der Heyden; 1570.  New Hollstein 44, the rare first of four states. Published by Hieronymus Cock.  A brilliant impression, with margins and in excellent fresh condition. In this quality and in such an early printing extremely rare. One of Bruegel’s most comic graphic images; it is frequently encountered with the text at the bottom trimmed away.

Bruegel explored three themes in his art: Man and the divine and divine justice, the character of the land and its inhabitants and finally, the life of the peasantry as both an exemplar of honest work and comic behavior. Bruegel’s subject is a group of popular comedians putting on a street performance of De Vuile Bruid [The Dirty Bride]. The rollicking event is wildly comic; the bride clothed in tatters wears an upended sieve over her streaming hair. An attendant in the rear holds a colander-like bowl and at the right a man wearing an upturned wicker basket and a false nose serenades the couple with a stringed musical instrument composed of a wooden paddle and a knife.

This street play has its origins in Virgil’s Eclogues, but the tone here is far from the elegiac quality of Virgil’s poetry. Even if not all of the 16th century audience may not have been acquainted with the literary origins of the image, the viewers would have been entranced by the coarse inversion of an ancient love story and the almost surreal appurtenances of the actors.