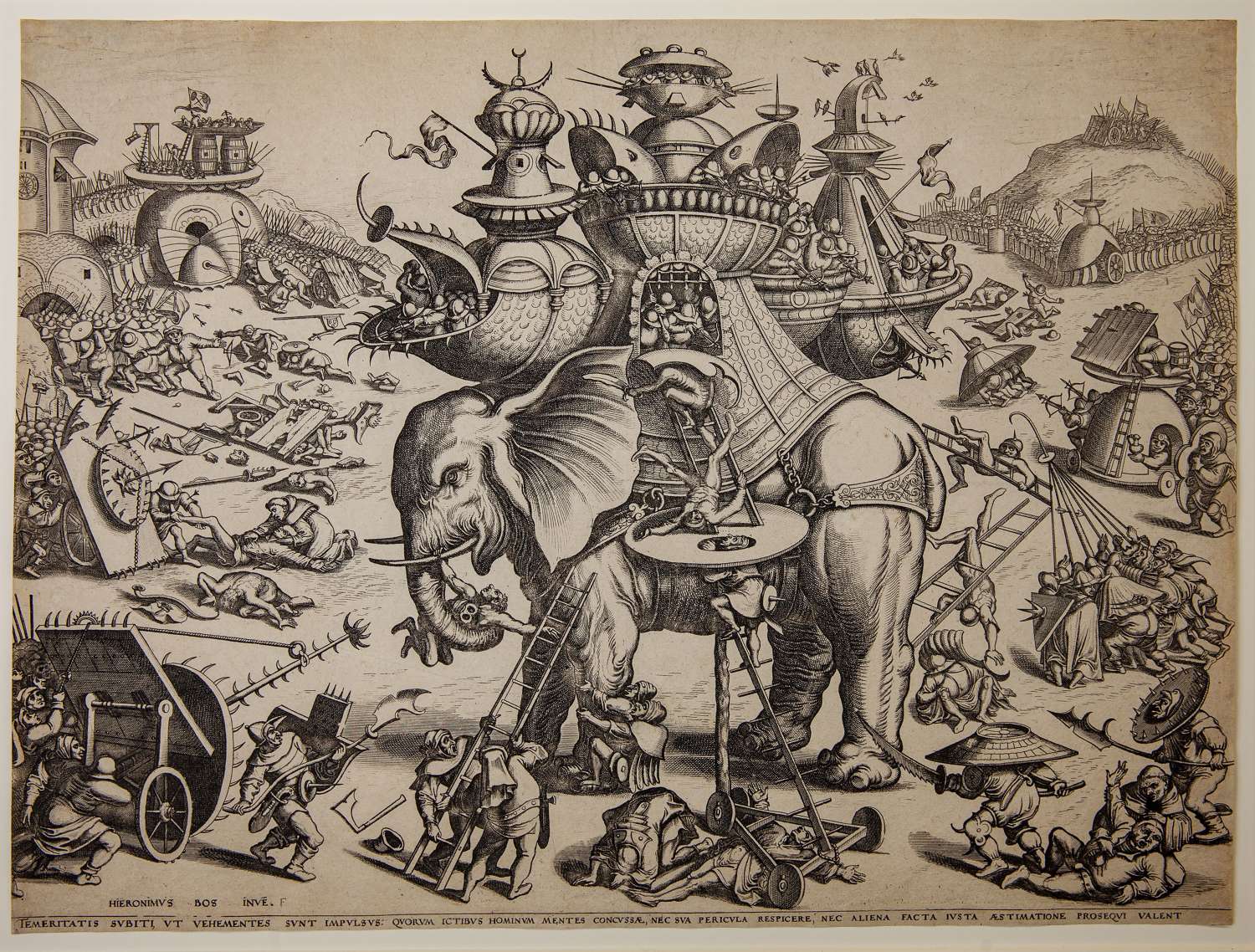 After Bosch The War Elephant

The Siege of the Elephant (The War Elephant).

Etching and engraving by Johannes and Lucas Doetecum; c. 1561.  New Hollstein (van Doetecum II) 218: the third of five states after the removal of the addresses of Cock and de la Houve. A very fine impression of this state.

The print is of very considerable rarity; only one impression of the first state has been seen in recent years, and our impression was last in trade in 2014.

The early history of this image is as unclear as it is intriguing. Alart du Hameel’s engraving, of impossible rarity – only two impressions are known – may have had a connection to Bosch, as it does bear an inscription to ‘bosche’ although that connection must remain unclear. In any case, the Doetecum brothers appropriated only the general character of du Hameel’s engraving, chiefly by giving a central position to the monstrous elephant. Although immobile at the center of the image, the elephant seems invincible against all the siege engines and artillery arranged against him.

The fantastic character of the image does indeed relate to Boschian imagery in its violence and in the general helplessness of the small human figures who surround the elephant.