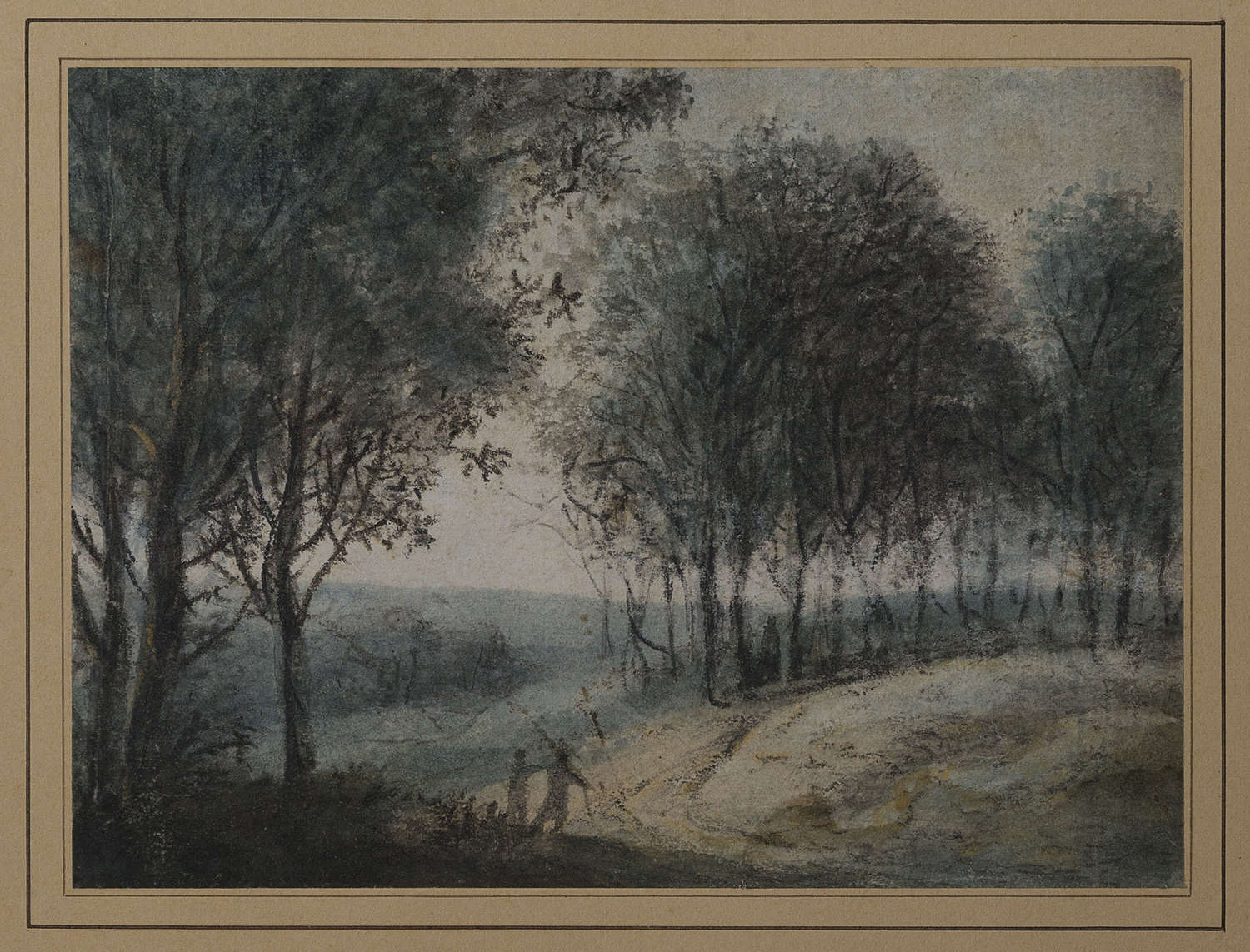 Landscape with Trees and Two Travelers.

Waterloo or Waterlo, as his name is often spelled, was another Dutch artist whose family migrated to the north to escape religious persecution. His training is not well known, and indeed he may have been self-taught. He was, however, active as an artist in Amsterdam as documents show. His paintings show a debt to Jacob Ruysdael and Jan Vermeer II; his etchings and drawings show a more independent spirit, and in fact, they seem to have been his principal interest. His subject matter is landscape and topography. His large city topographical views are often highly detailed, while his smaller drawings are poetic renderings of the countryside. Waterloo often used point of brush to create the atmospheric woodland lanes and rock formations that animate his drawings.

Waterloo’s etchings and drawings were much admired in his lifetime; while the etchings seem to have been published in considerable numbers, his drawings are now scarce.